Posted in Behind The Image 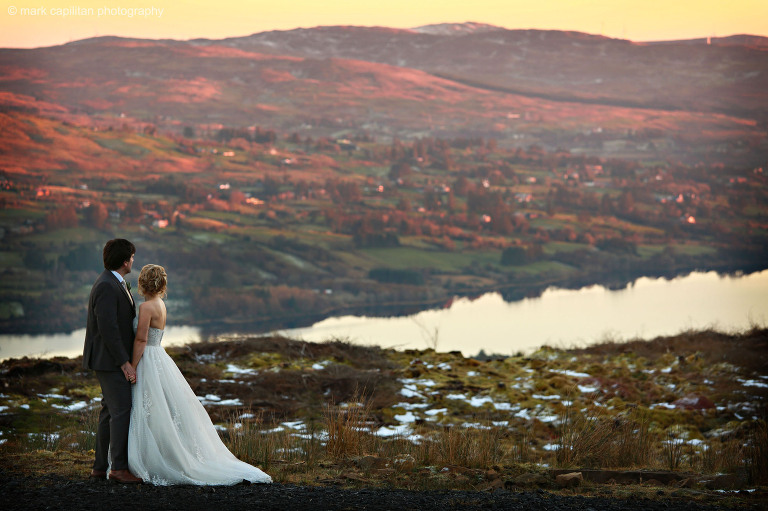 You can put a lot of thought into getting an image, and try everything to capture it…and sometimes it just surprises you & you come away with something pretty awesome! The shot above from Aisling & Kevin’s wedding was one such image that surprised me. Firstly, it was Kevin’s idea to drive up the gravel road to the mountains way above Harvey’s Point, on a super cold November day – yes, that white stuff on the ground is snow!! So kudos to the couple for bringing me up here to see if there was something different we could capture, and kudos to Aisling for braving the cold…it was super cold, but so still & calm, Lough Eske down below was like a piece of glass it was so calm!

It wasn’t until we were nearly finished the shoot that I seen the scene in the image. The sun was minutes away from setting, & the light was getting really awesome on the mountains in the background, but at the same time we were quickly loosing the light where we were! I had a couple of minutes to shoot a variety of images with the mountains & lake in the background. But it was this image that came out as my favourite, with Aisling & Kevin just taking a moment to take in the scene in front of them on their wedding day. I love shooting landscape photography, especially with a longer lens. It has the effect of pulling everything in and compressing certain parts of the scene…in this case it brought a section of the mountain in the background much closer to the bride & groom. It gives a better sense of scale of some of the hills of Donegal!