Posted in Behind The Image, Guides, Wedding Inspiration, Weddings

Completely self-taught, I started my photography career shooting motorsport all over England and Europe, before becoming a senior Formula 1 photographer for a couple of years – the only Irish photographer to do so. Shooting F1 all over the world exposed me to the pressure of having to deliver required photos to major clients time and time again.

At the end of 2006 I left Formula 1 behind, and moved back to Ireland to specialise in wedding photography in Sligo! I made one more appearance at a grand prix in 2009 filling in for a former colleague while he went on his honeymoon! Here’s a couple of shots from a few grand prix, because images are always better than words! 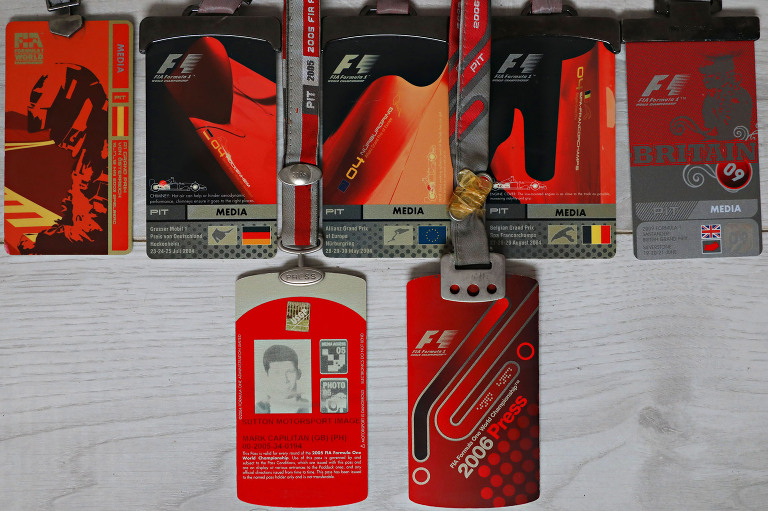 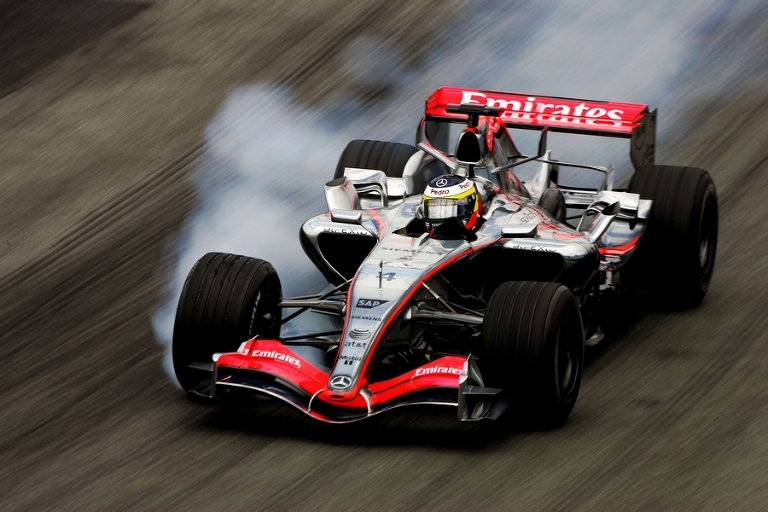 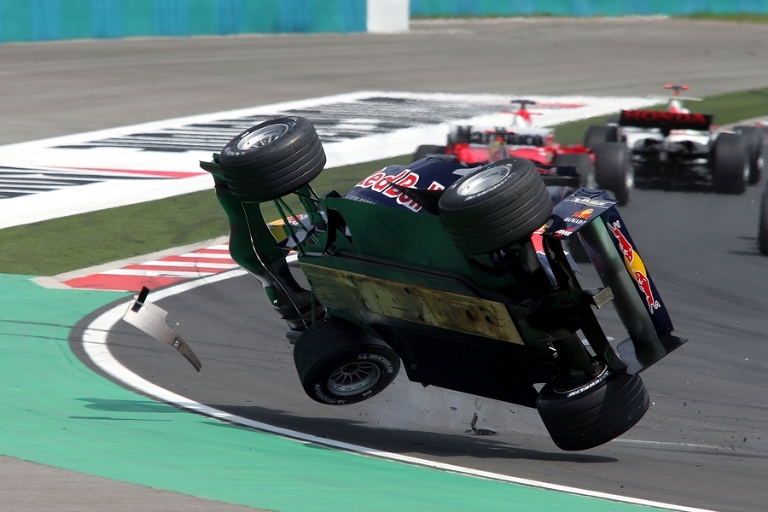 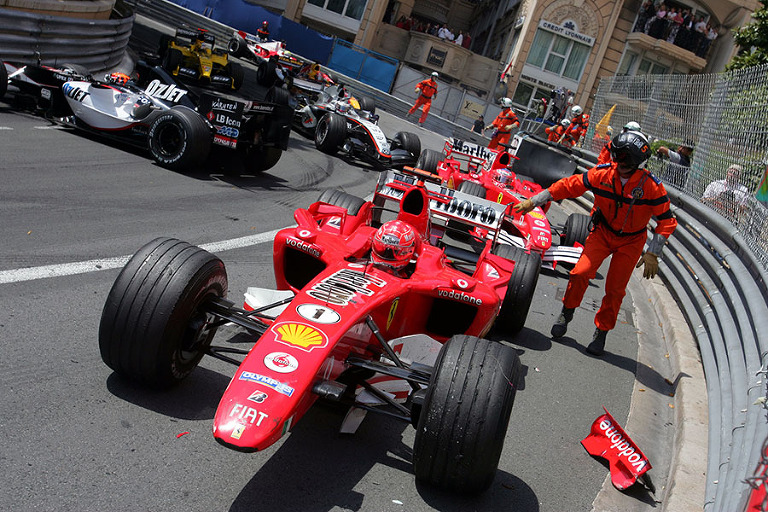 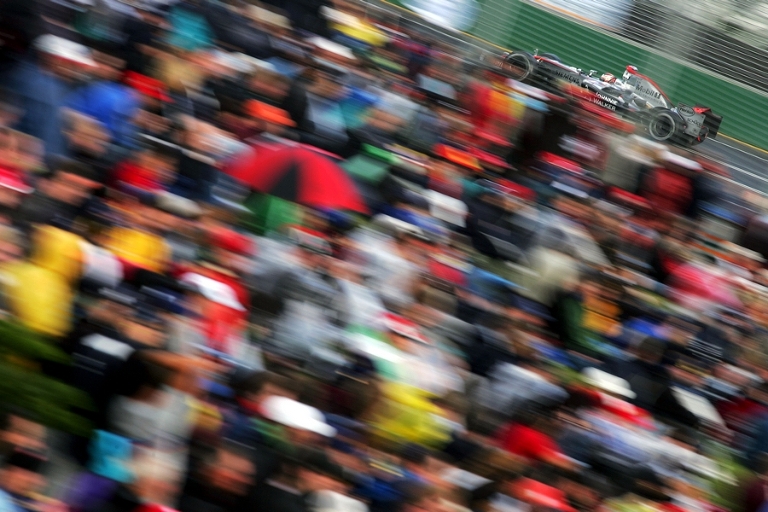 What’s Formula 1 photography got to do with wedding photography. Well, it just means if you happen to have a pretty awesome wedding car, as a lot of couples do, I kind of know how to get some nice images of it! I’m not talking about your standard, cheesy, run of the mill picture of a couple in front of the car. It’s more about getting the car moving, or in context with the people. The bride & groom should always be the focus, the car should almost be like an extra in a movie, there but not taking over! Such as the following examples.

Debbie & Chris’ twin cam shot from Lough Rynn Castle. One of my more infamous car shots, featured on a couple of websites including This Is Reportage. When a groom, or a bride for that matter, drives themselves from the church to the reception in their own car, then you know it’s a car that means something to them. So I’m definitely going to try to get a good shot of the car, and not the usual boring standing next to it, I rarely do that shot. The slow, careful panning gives the image that feeling of speed, but I also love the cheesy wedding tassels on the aerial & wing mirrors adding to the sense of movement. And coming from a background of Formula 1 photography, I was always taught to keep the car sharp, and because of this, you can see the groom & even the bride sticking her bouquet out of the passenger side window! 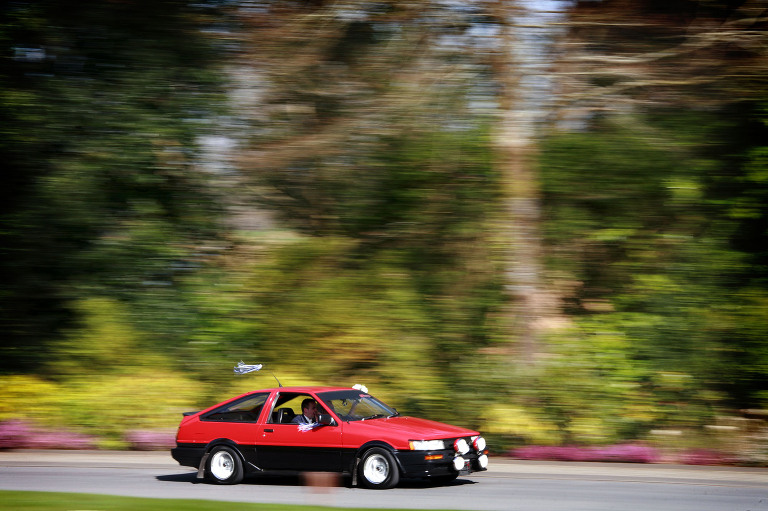 Along with Formula 1, I have covered 3 Le Mans 24 Hour races, and one of the most iconic people involved in Le Mans in the 70s, a golden era if you will, was Steve McQueen, quite possibly the coolest guy, ever! When Matthew & Caroline got married, and Matthew was bringing his own classic Ford Escort as the wedding car, I knew I wanted a simple shot with the groom & the car, but again nothing cheesy was allowed! Similar to the shot above, a relaxed shot of Matthew resting on the hood, while he looked at the last of the guests arriving was the shot that worked best. Again, the car is there but not exactly centre stage, and with the black & white formatting again, it’s got a classic feel giving it a look where it could have easily been shot in the 70’s. 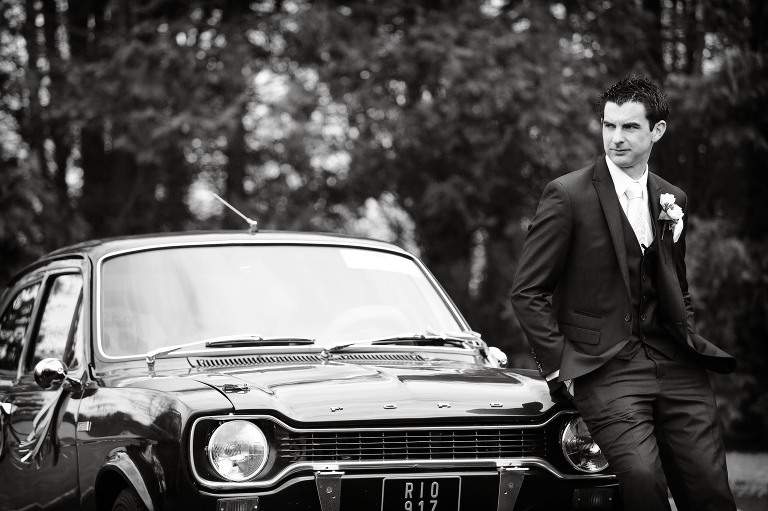 Something directly related to shooting cars on a race track is of course the wedding cars coming up the driveway of the hotel. Obviously certain driveways are better for this shot, and one I love is Castle Dargan and the long up hill driveway it has. For Louie & John’s wedding, this shot worked brilliantly for the convoy of Mini’s they had! I love the sense of scale here too, and shooting on a long lens, gives an almost tunnel like appearance as the Mini’s drove up. 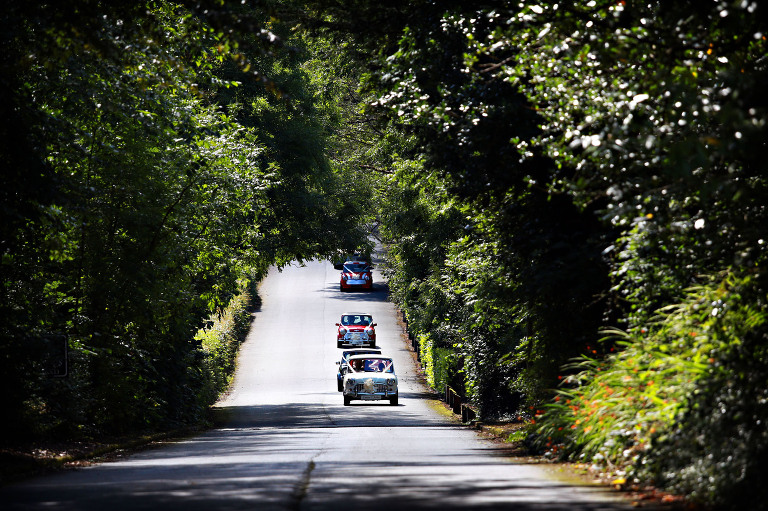 Quite possibly my all time favourite ‘car’, is the VW split screen camper van. Like the original Fiat 500 (which my wife arrived in for our own wedding!), you can’t help but smile when you see one on the road!

Finally it’s a wedding, and there’s always a few grooms who like to have a play in the cars! Shot right it looks great on camera, & with Sinead & James’ wedding, aside from James driving, the groomsmen definitely had the best view of the action here! 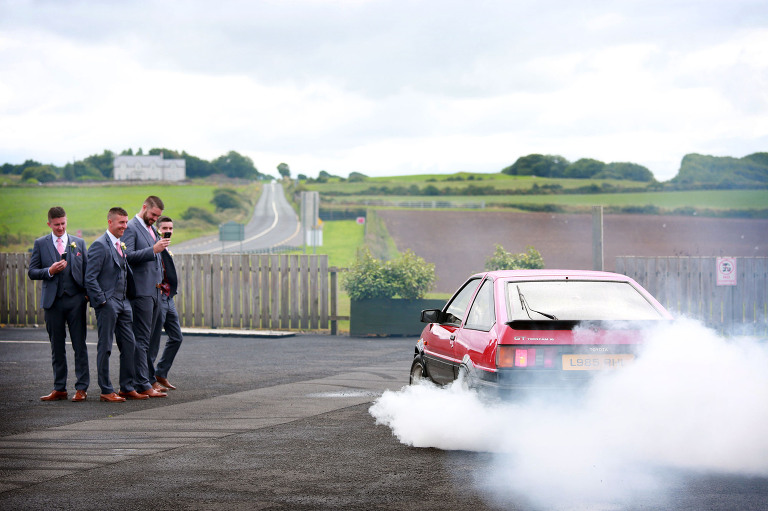 « HOW IMPORTANT GRANDPARENTS ARE AT WEDDINGSEXUMA WEDDING PHOTOGRAPHY »